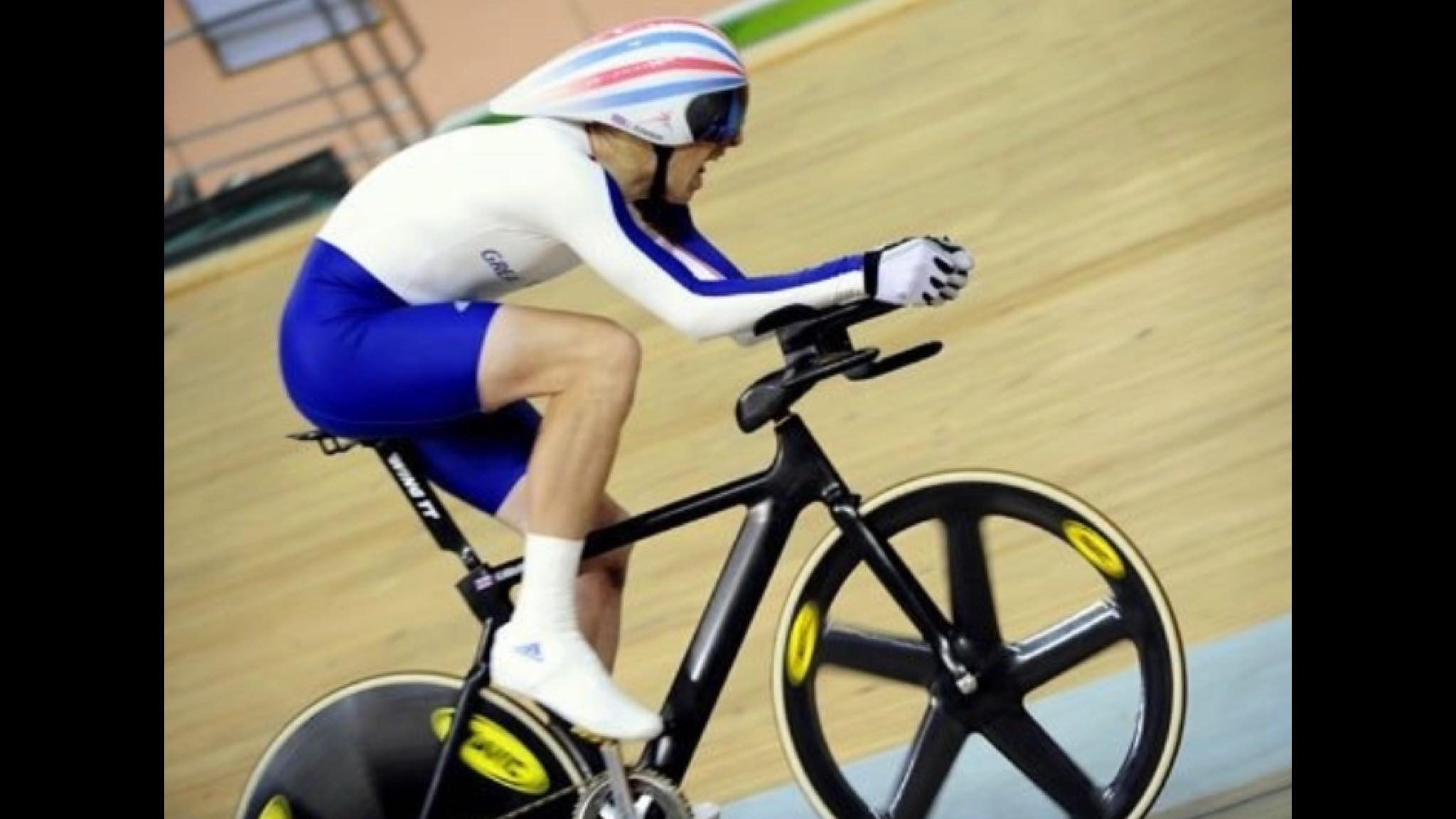 Simon Richardson MBE is not only a Multi Medallist Paralympic Racing Cyclist. He is a genuine inspiration.

For a man who has faced more challenges in his lifetime than most, he has come out the other side and achieved so much.

Dorset Spotlight had the pleasure of chatting to Simon about his life and his upcoming race in Wimborne Minster.

Simon started riding in the late 1990s and joined his local cycling club. In 2001, he was involved in an accident. He was clipped by a car, breaking his leg and back – which unfortunately was missed by the NHS. After continuing back pain, he went for a private consultation, which resulted in two back operations – in Nov 2001 and 2003, which left him with nerve damage and a lack of power to his left side.

Rehab led Simon to start cycling in his garage in 2005. In 2006, he was training in the Velodrome, which he enjoyed. He then took part in his first disabled cycling race on an adapted bike towards the end of 2006.

Early 2007, Simon’s cycling career took an exciting turn. He was spotted by British Cycling and went on to race with them in 2007, all over Europe. In early 2008, he broke the 1k World Record in the Velodrome and got invited to compete in the Beijing 2008 Paralympics.

Things only got better, as Simon won a gold medal in 1k and 3k race in the Velodrome and became a World Record holder. His achievements didn’t stop there – he also won silver in the road time trial and went on to help train his teammate to achieve gold and place 10th in the sprint race.

Simon was appointed a Member of the Order of the British Empire (MBE) in the 2009 New Year Honours for his services to disabled sport.

He continued to race on and off for British Cycling and Teams until 2011. But whilst training for the London qualification, Simon was hit by a drunk driver and left for dead at the side of the road. After 15 days in a coma and more time in hospital, Simon only just pulled through. He now has a back that cannot support itself, a brain injury and even worse nerve damage.

After nine years of operations trying to stabilise his back, Simon received the all-clear to train and race again in 2020.

Simon’s first race back is a time trial on Sunday 27th March 2022, in Wimborne Minster. All support is welcome.

Simon is an incredibly inspiring person – he has also been diagnosed with prostate cancer. An early blood test picked this up, and they are currently monitoring the situation. He also suffers from flashbacks of things he is not sure is real. He has short term memory problems and has very little memory of his past. Simon is now a wheelchair user when he is not on the bike, as he struggles to walk, even though he uses a standard race bike.

Simon has tremendous strength of character. His determination and resilience are truly remarkable. He will be participating in the first round of the 2022 Merlin Cycles Classic Series, promoted by Wessex Road Club on the P427, a rolling 24-mile circular route based at Wimborne Minster.