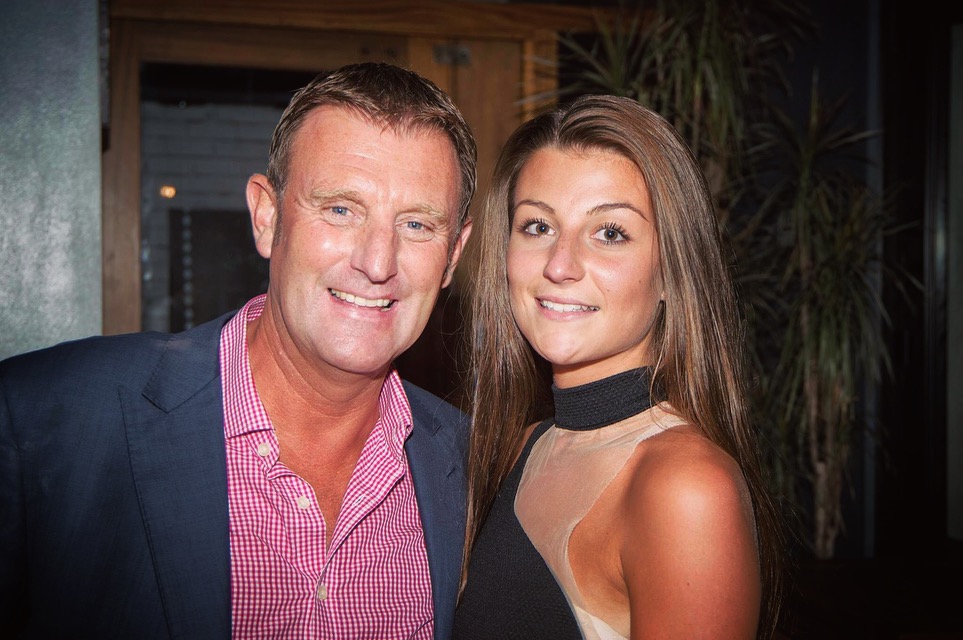 Lauren Lyddiatt, 23, talks to Dorset Spotlight about the importance of raising awareness of lung cancer and fundraising for the Roy Castle Lung Cancer Foundation.

On the 16th of May 2021, Chris Lyddiatt, 56, was diagnosed with a suspected blood clot; on the 13th of June, he was then diagnosed with stage four metastatic lung cancer. Four weeks later, on the 17th of July, Lauren’s beloved dad passed away.

DS: Most people will associate lung cancer with smoking; was your dad a smoker?

Lauren: “No. My dad was not a smoker. It makes it harder as many do not associate lung cancer with non-smokers. Unfortunately, nearly one quarter of all cases are non-smokers, so this is another reason why it is so important to raise awareness.”

DS: This must have been a terrible time for you and your family; tell us how you got involved with the Roy Castle Lung Cancer Foundation and how are you using your experience to help others?

Lauren: “I was super close with my dad. He retired early, so I grew up with him by my side. Every school day, weekend, and summer holiday, we were together. When my dad was diagnosed with lung cancer, I researched all about it – the different biomarkers, foods to eat, what not to eat and the support out there. I was shocked to find that Roy Castle is the ONLY dedicated UK charity to lung cancer. This type of cancer has almost three-quarters of all cases diagnosed at a late stage – I find this sad. My dad was an active and healthy 56-year-old man with no history of smoking or any severe illness. From diagnosis, he had four weeks, and that is too short. The Roy Castle Lung Cancer Foundation is funding and taking part in life-saving research for this terrible disease. I am particularly passionate about their latest campaign – Spot the Difference. Their aim is to raise awareness and educate the public, GP surgeries and doctors on the early symptoms of lung cancer. By catching the disease early, lives will be saved.

Heartbreakingly, before my dad received his diagnosis on June 13th, he had been diagnosed with a potential blood clot, long Covid, a chest infection and pneumonia. Lung cancer is hard to detect, but if it is the biggest cancer killer – doctors must get better. We all know our bodies and when something just isn’t right, so equipping the nation and GPs with vital early warning signs will make a huge difference and hopefully somewhere, someone else won’t have to lose their dad in four weeks.”

DS: Tell us about the fundraising challenges you have been involved with so far, and do you have any upcoming events?

Lauren: “Obviously, it’s been a very traumatic time but my boyfriend, Harvey Nichols, has been incredible. He was already due to run the Brighton Marathon, however, as soon as my dad was diagnosed, he said he would run for the charity, and as soon as my dad passed, he said he would run in his honour. It was an incredibly emotional day, a day where my dad should have been with me cheering Harvey on. Harvey was outstanding and ran the Brighton Marathon, which was 568m, in 3hrs 41minutes. So far, we have raised £2,240 but this is just the start. We will be holding an annual golfing event at Wareham Golf Club, where my dad was a member, on the closest Friday to his birthday each year. My dad was also a founder member of David Lloyd Poole (previously Esporta), and the General Manager – Scott Mackenzie has been so kind – we are hoping to work on some charity events in the future. There have been mentions of more marathons, skydives, swimming events, music gigs and much more. Tragically, my dad had to leave us, but his memory will live on through me. He will never be forgotten and in his honour, I am hopeful we can make a real difference and ultimately save lives.

My dad was a great man, he lived his life to the full, lit up any room, making people laugh with his great stories. He was the most incredible father a daughter could wish for, and I will treasure the incredible memories I had with him. Going forward I hope that raising awareness, raising funds, and showing people that positives can be found in everything, will help at least one person out there.”

Lung cancer is the most common cancer in the world with over 46,000 people being diagnosed with it every year. Smoking is the leading cause of the disease, but 28 percent of lung cancer cases are not caused by smoking.

The Roy Castle Lung Cancer Foundation was founded by Ray Donnelly MBE FRCS, in 1990. It is the only UK charity dedicated to fighting lung cancer and supporting patients and their families. Three years on, the leading authority on lung cancer enlisted the help of the entertainer Roy Castle, during the last eight months of his life to help the charity grow.

Jack and Alex Forster are Racing Across America

From Neglected Child to World Champion