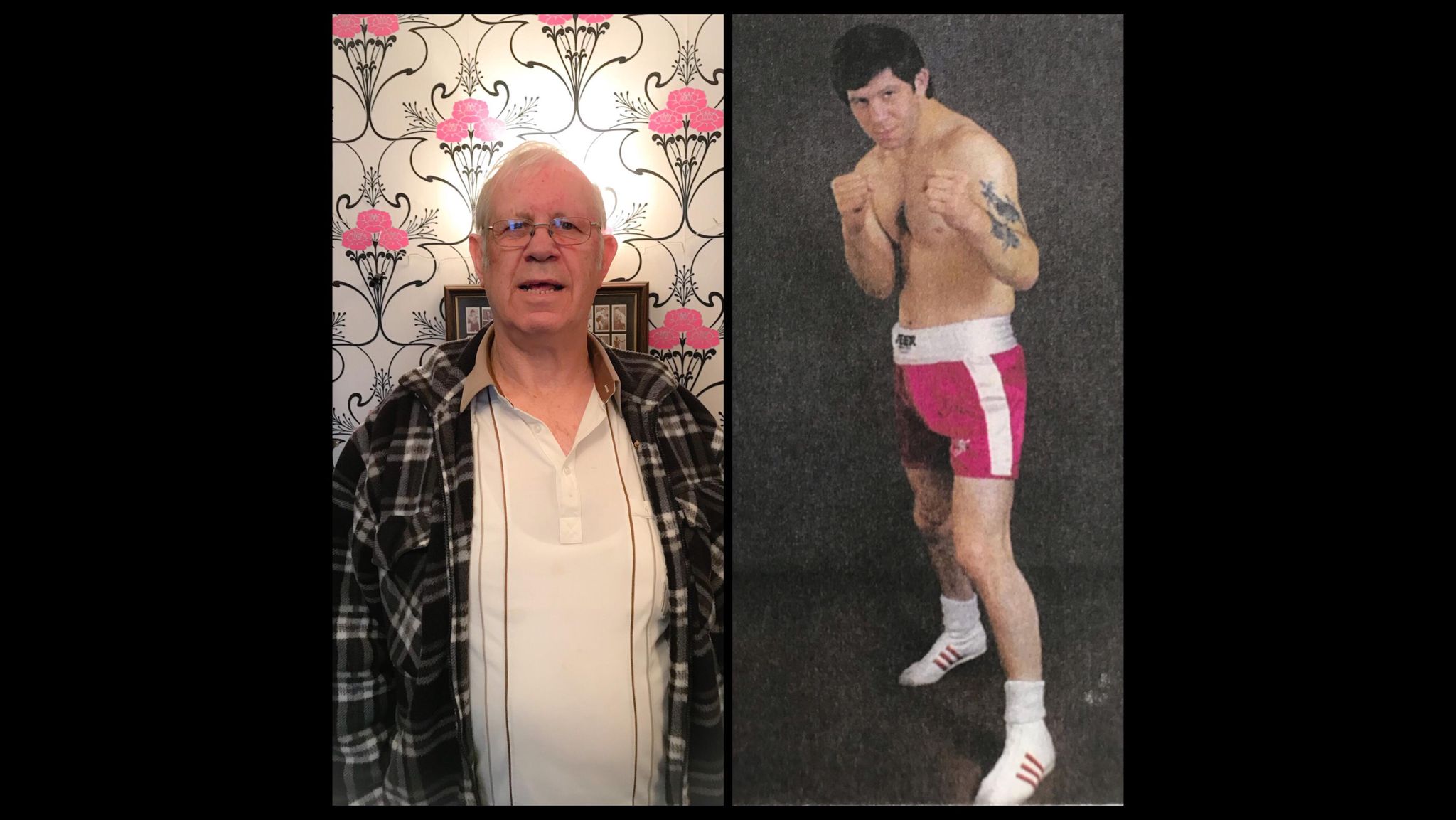 Dorset Spotlight had the pleasure of chatting to local boxing legend Sid Falconer, 74, about the ‘trouble and strife’ he used to get into, his time in the Army, and becoming a Professional Boxer.

Sid overcame adversity after being paralysed; he is also a successful businessman and author. His new book ‘Goodnight, Sweetheart’, is his first book to date, and with a life as colourful as his, it’s sure to be a great read.

DS: Hi Sid, Thanks so much for speaking to Dorset Spotlight. Tell us how you got into boxing?

Sid: “My father, Sid Falconer Senior, served and boxed in the Army. He was a good fighter who knocked out Bebe Araton, whose next scheduled fight was against Joe Louis – an American boxer, who reigned as the heavyweight Champion for a record 11 years and eight months.”

Whilst Sid Senior was serving in Burma, he suffered some substantial injuries from a landmine explosion and was flown back to Cardiff, where King George VI’s surgeon operated on him – he was later medically discharged.

His life took a turn when he started training at the famous Ted Broadribb gym in London – where the light-heavyweight champion Freddie Mills, from Poole, was training, alongside Johnny Williams, who became British Champion.

When Sid Senior wasn’t working out at the gym, he would be training at home in the cellar. “This is where I first started hitting a punchbag.”

After being injured and leaving the Army, my father’s determination got him into shape. His hard work resulted in him becoming a professional boxer. He won his first fight, then was put against his stablemate Johnny Williams, a heavyweight, who had won 27 fights. Williams knocked his father down in the first, second, and third round. In the fourth round, Sid Senior knocked Williams down. The ref stopped the fight as Williams couldn’t continue, but on technical grounds, the ref awarded the fight to Williams – who got carried out on a stretcher! Sid Senior went on to fight the undefeated Johnny Prince, and won by knockout. In total, he had two wins and one debatable loss against Johnny Williams.

DS: Congratulations on the release of your new book. Tell us about the title of your book and why you decided to call it ‘Goodnight, Sweetheart’?

Sid: “I joined the Army at 15 years old. Army bullies would always try to pick fights with me when I was out of the camp. On one occasion, I was set upon by thugs who hit me with lead truncheons. I tried to talk them down, but all they wanted was trouble. I shouted, ‘Pick up your dukes – Goodnight, sweetheart!’ and I preceded to knock two of them out. It only took one punch each to put them in hospital; the others scarpered. Years later, I ended up employing them all in my security business.”

DS: Tell us about your boxing career and the biggest fight you had?

Sid: “We left London to live in Bradford, where I went to St. James School. I realised that I had good stomach muscles, so I charged the boys at school sixpence to punch me in the stomach. If they could wind me, I’d give them two shillings. It was a good money earner!

I was in the Army from 1962-1970. Upon joining, I joined the inter-company boxing team in Colchester, and continued when on active service in Aden. I reached the inter-company final and then fought for the Battalion – the highest accolade of boxing in the regiment – along with an ex-ABA champion Eddie Kilkenny – a brilliant Muhammad Ali style fighter. I had 31 bouts after I left the Army, and I was a contender for the British World Title. My biggest fight was on 17th April 1973, against Peter McCann at the Royal Albert Hall. He had won seven professional boxing matches on the bounce, all stoppages until he met me. I inflicted his only defeat as a professional boxer.”

DS: What has been the biggest struggle you’ve endured throughout your life?

Sid: “I experienced paralysis after fracturing my back. A friend of mine was driving us back from the Neptune Bar in Boscombe. I was a passenger in the back seat of the car, with my girlfriend, Jane. At the junction of Owls Road and St John’s Road, a car came hurtling toward us at 70mph – my first reaction as the car hit was to tense my body. I got out of the car, saw the others off to the hospital to get checked over, and then went home. When I arrived home, I realised I was in a bad way, so I went to bed. Throughout the evening, I kept seeing flashes of light. I could see everything in the room, but I couldn’t move – not even my eyes. I saw my girlfriend get up and walk over to me; I was shouting ‘help’. I could feel my mouth moving, but it wasn’t. My mind telling me that my mouth was speaking, but it wasn’t. She saw my eyes were open, so she moved me which somehow freed the paralysis. I had broken my back, and the bone marrow oozing down my spine and had solidified. I was free of the paralysis but not of the pain.”

His girlfriend couldn’t cope with the injury, so they parted ways. Sid lay in his bed for three and a half months feeling sorry for himself and being looked after by his mum and stepfather.

“One morning I stopped being a wimp and decided to walk. I’d walk ten feet, bend down to take the pain away and then walk another ten feet. I used to live on Chatsworth Road, near Sea View in Parkstone. I’d walk down Constitution Hill every day. It would take four hours to walk down the road, stopping at Danecourt Road to see friends, then I would spend another four hours walking home up North Road. I did this for four months, then went back to the gym. A year and three days later after being paralysed, I was back in the ring. It took faith, grit, and determination to get there, but I didn’t give up.”

What has life looked like after retiring from boxing?

Sid: “My wife, Lorraine, and I owned two local nightclubs, and we also had a security company. The business did incredibly well, and we were making so much more money than I ever did boxing – but boxing will always be my passion.”

Goodnight, sweetheart can be bought online through Amazon, WHSmith, and Waterstones.