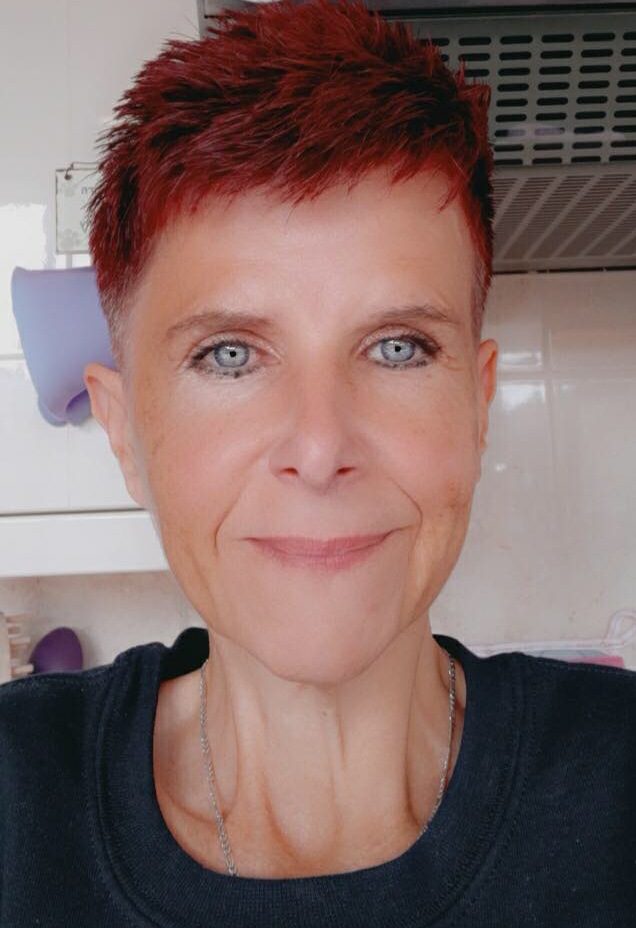 TIFFANY WATSON, 48, IS NOT ONLY A WARRIOR… SHE’S AN INSPIRATION!

Tiff was born with Scoliosis – a curvature to the spine. An impinged hip, a disjointed leg, fused neck, and Central Core Disease – a disorder that causes weakness in the muscles, used for movement.

From day one life was hard for Tiff, but her warrior attitude meant that by two and a half years old she started walking, but only on her tip toes.

Her older sister Tracey walked the same way, and at 13 years old went into hospital for an operation to lengthen her Achilles Tendons to rectify the problem. However, during the operation Tracey’s temperature went dangerously high. She fell into a coma and the Doctors lay her on a bed of ice for a week as they desperately tried to save her. Tragically, Tracey had organ failure and died. An investigation led to the whole family, including her sister, parent’s, and grandparents being genetically tested for Malignant Hyperthermia Susceptibility (MHS), at St James Hospital in Leeds.

The results confirmed that Tiff, her father and grandfather had MHS.

After being told she was allergic to general anaesthetic and the muscle relaxants they use in surgery, Tiff made the brave decision to have the same operation as her sister.

Tiff had a specialist anaesthesiologist, who switched her from the manmade anaesthetic. The operating theatre had to flushed before her procedure, meaning it would be thoroughly cleaned and tubes etc would need to be changed. She was hooked up to a special breathing and temperature monitor which looks for any spikes or changes in her condition, the Doctor would be on hand with the drug Dantrolene (a bit like an anti-venom), to dissolve the anaesthetic if there was a problem. The aim was to keep Tiff under anaesthetic for the least amount of time. Unlike most people she would not go into the recovery room, she would be brought round in the operating theatre.

“I knew my family would find it difficult to understand why I would choose to have the same operation that so tragically took my sister, but my goal was to be able to walk better and I wasn’t going to let fear stand in my way.”

The operation was a success and her walking began to improve.

Operation after operation (16 in total), from ankle replacements to a hysterectomy… Tiff is still defying the odds.

At 4 years old, Tiff was told that because she had a disability, she would not be able to go to mainstream school. Her mother fought her case and they allowed her to sit an entry exam. She sat in a large room with a two-way mirror and was told she had one hour to complete the range of mental agility tests. Determined to prove the ‘experts’ wrong she completed the tests within 4 minutes and earned the right to go to school where she excelled eventually going on to University.

Tiff is a volunteer for Forest Holme Hospice in Poole. She works selflessly to help them, as both her mum and dad were looked after in there before she lost them to cancer. “The care they give to both the patient and the family is phenomenal. I believe in giving back and working with Forest Holme Hospice allows me to do that.”

Unfortunately, Tiffany has experienced many acts of discrimination which continues to this day. These do affect her, but with the love and support of her husband Dave they always find a way to move past them positively. “I’m okay, but I do worry about the people who cannot stand up for themselves”.

Tiffany would love to be an ambassador for disabled people. “The biggest battle for most disabled people is the mind. I feel I have a ‘can do’ attitude and I would like to help others realise that they are not defined by their disability. I get up in agony every morning. I could easily go back to bed, but I get up and go swimming. I also workout with my specialist Personal Trainer Scott Exley – Recovery Pro. He is someone I completely trust and feel comfortable with. We have a great laugh and work hard on my strength. I want to carry on living! I know one day I will not be able to walk and my arms will be fused… but they are not fused yet and I can still swim and workout. Every day is a gift!”

“I have had the pleasure of working with Tiff for the last 10 years. Despite having severe physical disabilities and a number of life changing health problems as a result of these, she always greets me upbeat, positive & ready to work with a smile on her face. Despite waking up in pain every morning she trains every day out of necessity for her own level of function and mental health. I am extremely proud to call this amazing woman a friend, she has inspired me with her strength, courage & positivity since the day I met her!”    Scott Exley – Recovery Pro

“Sometimes we have to speak out to show people we are all equal but in different shells. I hope we can encourage other disabled people to shine.” Tiffany Watson

The Challenging Life that led Alison onto her Spiritual Path